This Woman in World Cup 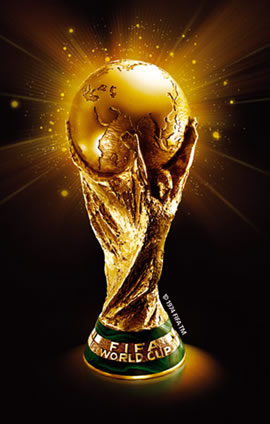 I have always been described as different, the 1% they called me. The more time passes the more I believe them. Here I am just loving all the glorious football around me. I am no fashionista, I am who I am. If my mom was more open-minded I would have been down in the mud getting dirty with the rest of the guys.

I mean how could you not love football. The close calls, the “OMG!!!!” and “You see dat????” moments. Sometimes your heart literally stops when the only thing between winning and loosing comes down to nothing more than perfect timing.

I had some potential as a goal keeper when I was younger. It’s all about expecting the unexpected and knowing what the player will do before they even think about it. As a woman I have some experience with getting into people’s minds, think I was born with it actually…but thats a whole other story

It’s just amazing to me that more women don’t enjoy football as much as I do, or maybe I just haven’t met them yet.

I remember I went to a UEFA Championship League finals lime once (was my birthday actually) and in the middle of it all my friend wanted to use the bathroom. I let her know right quick she needed to hold that until half time. She looked at me shocked “you actually watching the game???” she was puzzled…. couldn’t understand at all….clearly I was crazy. Apparently I am indeed 1% cause trust me, in the middle of WC she hasn’t called me once….she knows I am glued to my television. Only moving during half time and between matches. I admit I don’t know the player’s names but I know a good team and a good play when I see it, and trust me, some truly spectacular series of matches thus far. My friend Mark keeps calling me to settle his nerves and mine or even sometimes to gloat. He had a lot to gloat about during the Spain vs Netherlands game (I was backing Spain and if you didn’t see it. please don’t force me to relive that dark dark day in history)

But so far, I love what I am seeing and I think I have shocked many people who didn’t know I have a genuine love of the game. So for the women who not into in, I implore you to at least take in a game or two, a good match might make you change your mind. Just sit next to you man and just watch and you might just be cheering alongside him

GET PEOPLE TALKING
MOVING AND SHAKING

Book me as a Speaker at your next event